My long suffering partner in crime was dragged to another immersive experience at the weekend, but this time it was more of a branded activation than pure art, as we attended the ‘Sonos Brilliant Sound Experience’ in the basement of Phonica records in Soho, which was also in partnership with Google Home. With a healthy dose of corporate scepticism pre-loaded I was actually pretty impressed with the two installations they had running, and it all seemed a logical and clever demonstration of their speaker technology.

The first room allowed us to ‘step inside a song’, with the various instruments and vocals being played from different speakers spread around a room, housed in giant 3D shapes that glowed in time with the sound. This created a fun interaction that allowed you to effectively remix the tracks by where you physically placed yourself in the room. Google got their product slightly shoe horned in as the event staff triggered each song by asking the Google assistant to do the honours.

The second experience was  little less effective conceptually but was interesting to me on a technical level as it made use of an EEG headset wearable called ‘Muse’ that I was working with that particular week. You selected a song from a menu based on what emotion you wanted to feel (the long suffering one going for an ambitious Sunday afternoon ‘Energetic’) and then placed the sleek little band around your forehead and watched on a screen as the song played and the device visualised what your brain was feeling. This felt a little clunky and kinda ‘tech for techs sake’, but it got me excited so in that sense it was successful. 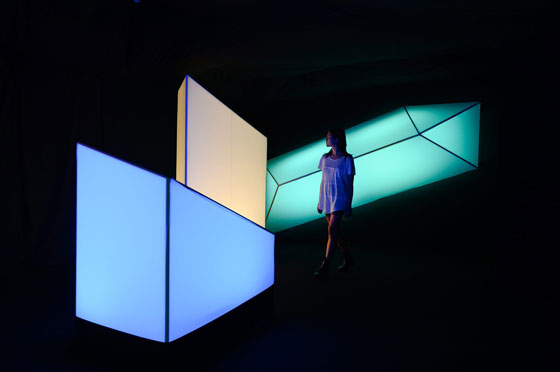 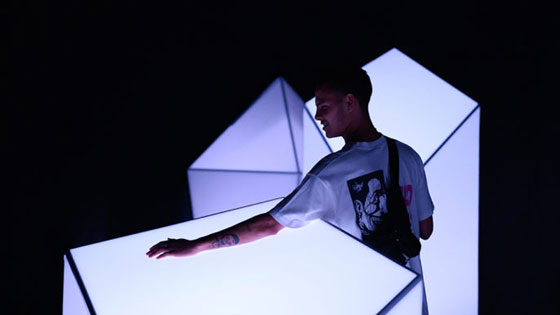 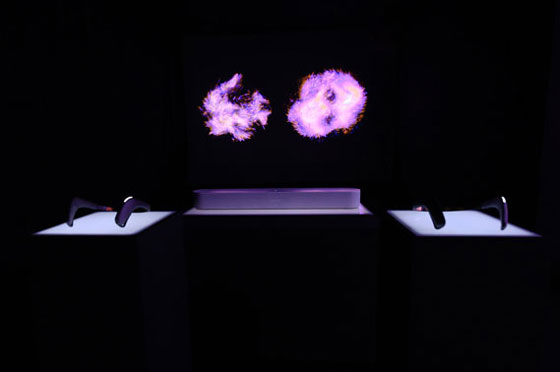 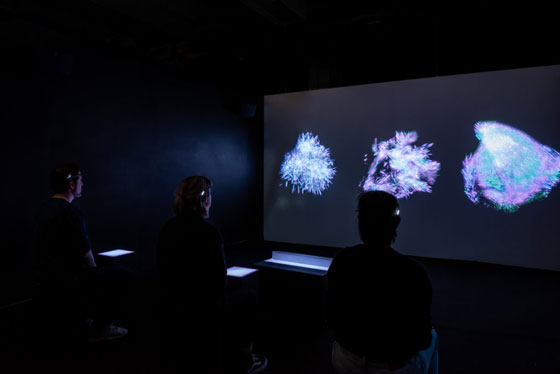 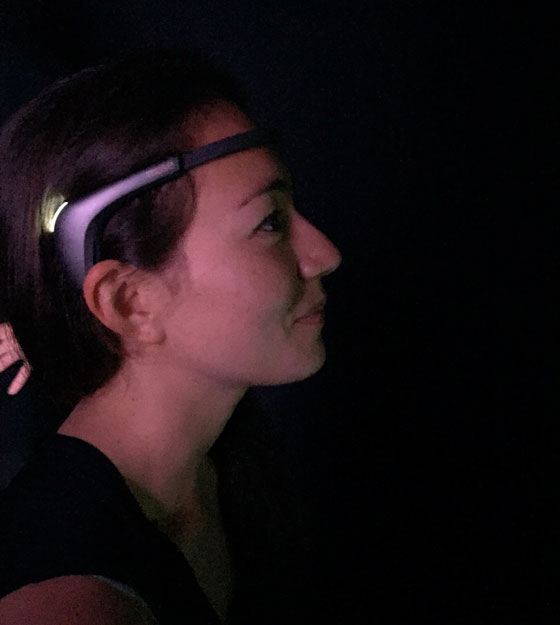